What is the Thin Blue Line Flag?

It’s a symbol that has existed for years: a black and white U.S. flag with a single blue stripe. The thin blue line.
Law enforcement officers and supporters who display the thin blue line flag on patrol vehicles, uniforms, and, in today’s day, face masks, view it as a show of pride and respect for a dangerous profession that puts officers’ lives on the line.

Critics, however, believe the symbol creates a sense of division between police and the communities they serve. Some say the concept fails to recognize the community’s role in public safety and the importance of community-police relations.

Ronald Reagan once said, “Evil is powerless if the good are unafraid.”

Above the blue line represents the “good” spoken in Reagan’s quote, while below the line represents the “evil.” Brothers and sisters of law enforcement in the United States make Ronald Reagan’s quote a reality, and that beautiful Thin Blue Line down the middle represents sacrifice, bravery, and dedication to serving. Many risk their lives daily on the streets of America. The Thin Blue Line is a small token that reminds all of us that the continued presence of law enforcement brings consistency to peace and the ability to diminish the hostility of our local communities.

Just as the American flag pays tribute to the American people and the country’s sacrifices to gain independence; the flag containing the Thin Blue Line pays homage to our law enforcement. Those who display the flag in any forum demonstrate support to our law officers for their fearless efforts to keep the peace across this great country.

The Thin Blue Line flag is a field of black background separated by a thin blue line. Or in our wood flag series done in a natural hand burned wood look. The symbolic meaning of this thin blue line is representative of all law enforcement officers. On top, you have the law-abiding portion of a community + a thin blue line + and all others below it who would intend chaos and destruction.
Here at The Patriot Wood Works, I recognize the incredible demands on law enforcement around our county, nation, and beyond. As the brother of a local law enforcement officer and a Military veteran myself, I share a common sense of fellowship forged in dangerous life and death situations these brave men and women face every day.
The Patriots Wood Works Thin Blue Line wood flag (Link this to the product) incorporates the original design or we can bring it into the subdued Old Glory wooden flags, below. 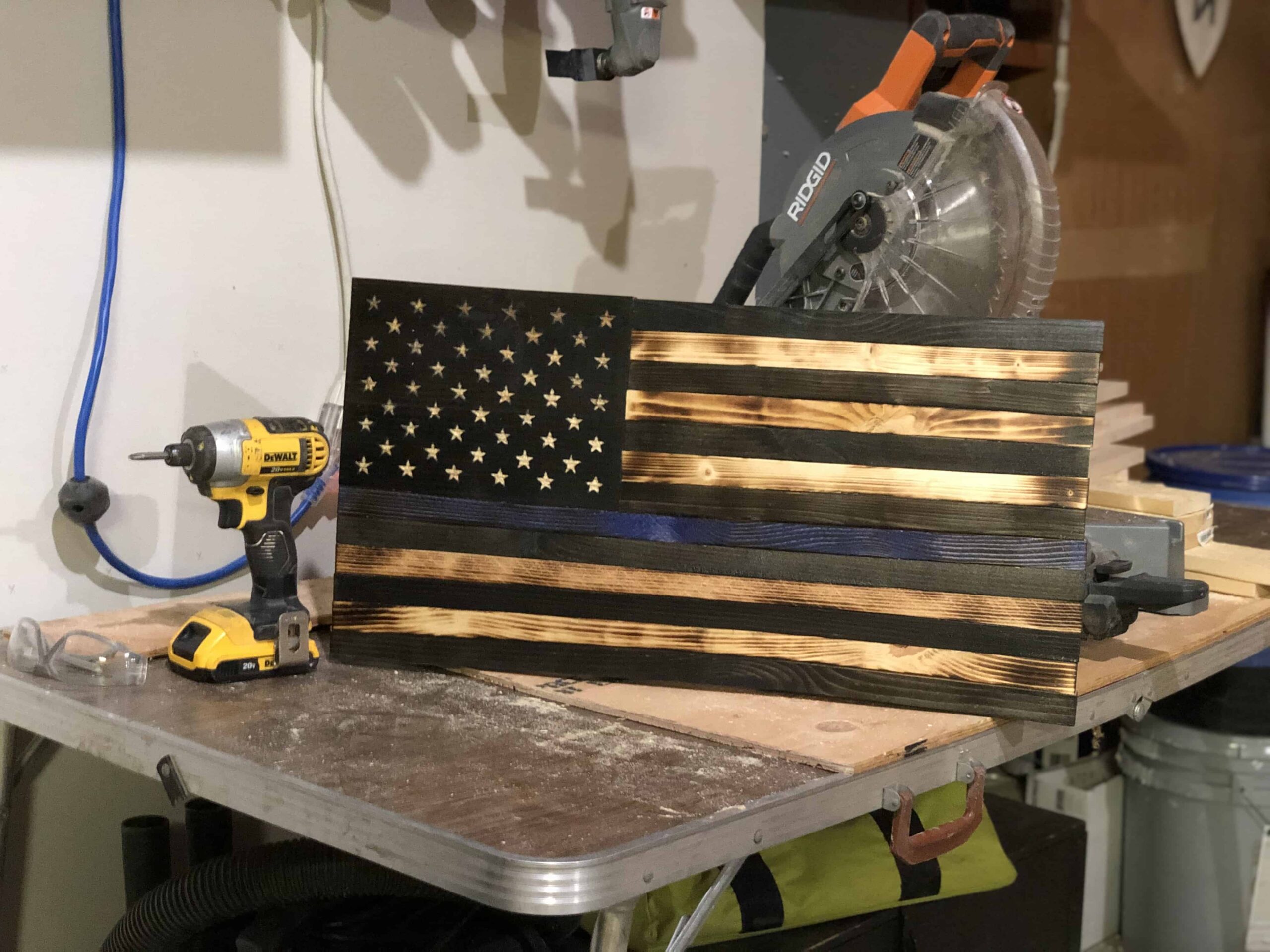 As a combat veteran, my way of helping others show their support is in the creation of our First responder Collection. The Thin Blue Line wooden flag in particular is one way we can honor our brothers and sisters in blue
← The Pledge of Allegiance - Everyone's Patriotic Duty 8 REASONS TO GET A WOOD FLAG FROM THE PATRIOT WOOD WORKS → 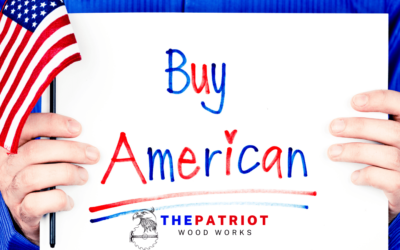 Wooden flags are not only interesting art pieces, they are a statement that most decorations can't make (at least, I like to think so!). More and more, they’ve been gaining attention and growing in popularity, and if you’re reading this, I bet you are considering... 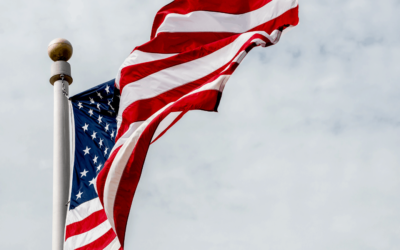 The Pledge of Allegiance isn't just for children or for schools. It's for every American. It is our American duty to understand and honor what our pledge represents. Despite its short length, it's exponentially greater in meaning. Every word has been purposefully...